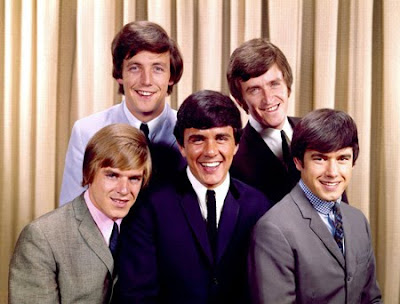 For a very brief time in 1964, it seemed that the biggest challenger to the Beatles' phenomenon was the Dave Clark Five. From the Tottenham area of London, the quintet had the fortune to knock "I Want to Hold Your Hand" off the top of the British charts with "Glad All Over," and were championed (for about 15 minutes) by the British press as the Beatles' most serious threat.
They were the first British Invasion band to break in a big way in the States after the Beatles, though the Rolling Stones and others quickly supplanted the DC5 as the Fab Four's most serious rivals. The Dave Clark Five reached the Top 40 17 times between 1964 and 1967 with memorable hits like "Glad All Over," "Bits and Pieces," "Because," and a remake of ... Read More... 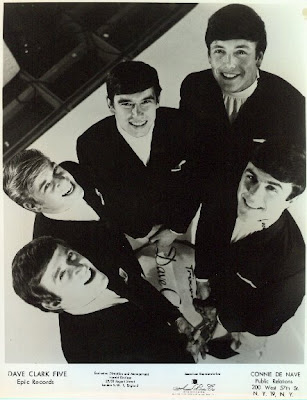 "...An awesome CD collection of great music from this group.
Listening to it is a blast to the past..." 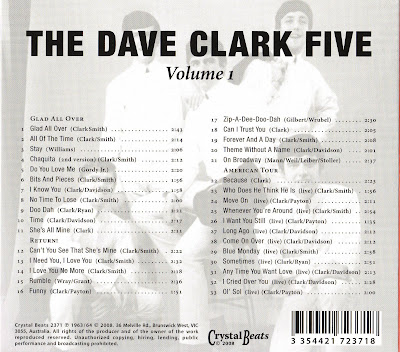 The Dave Clark Five Complete History Volume 2:
Coast To Coast/Weekend In London/ Having A Wild Weekend 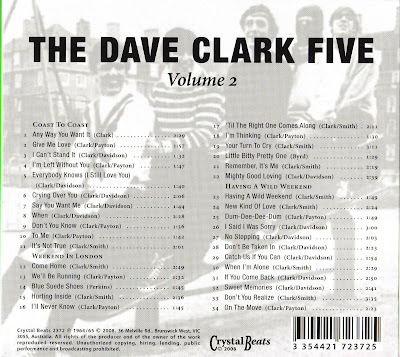 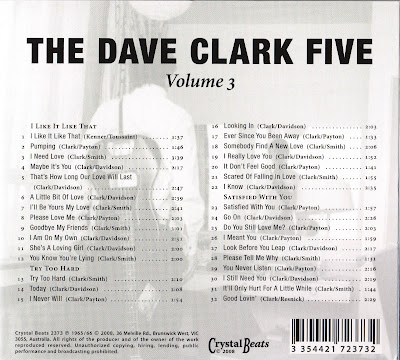 The Dave Clark Five Complete History Vol.4:
5 By 5 /You Got What It Takes/Everybody Knows 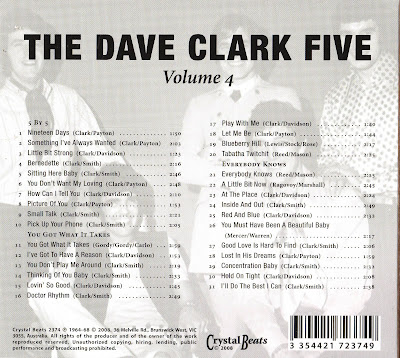 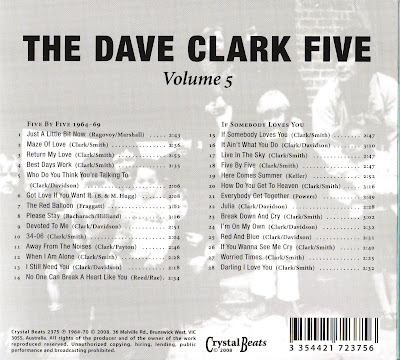 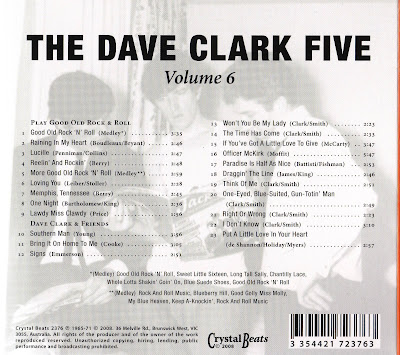 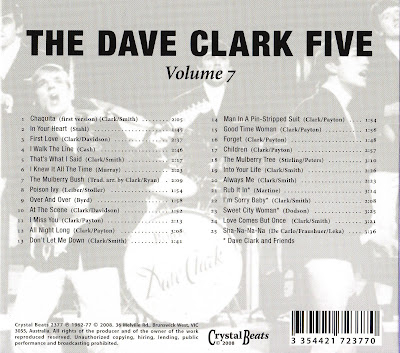 Influenced by everyone from Elvis Presley to Little Richard to Ray Charles, the DC5 became rock royalty, part of “The British Invasion” that included the Beatles and the Rolling Stones. Unlike the latter two bands, however, the Dave Clark Five were endlessly passed over for induction into the Rock and Roll Hall of Fame, an oversight protested by music professionals and fans, particularly after they stalled in the 2006 and 2007 semifinals. Eligible since 1989 (25 years after their first US recording), the DC5 were finally inducted in a moving ceremony on March 10, 2008 at the Waldorf-Astoria Hotel in New York.
http://theprecis.com/blog/?p=68
Posted by : D&J at Friday, August 27, 2010