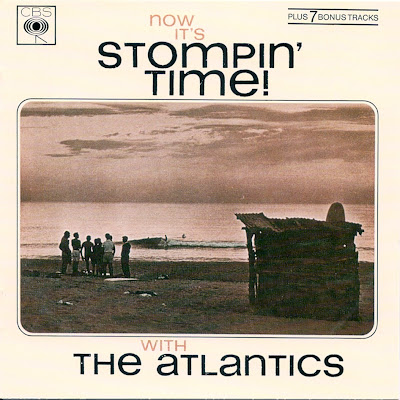 Theo Penglis (guitar)
Eddy Matzenik (guitar) 1961-62
Bosco Bosonac (bass)
Harvey Foster (vocals) 1963
Peter Hood (drums)
Eddie Moses(vocals) 1963
Kenny Shane (vocals) 1963
Jim Skiathitis (guitar) 1962-70
http://en.wikipedia.org/wiki/The_Atlantics
One of the greatest instrumental surf groups did not even hail from America. The Atlantics, despite their name, were an Australian combo who not only emulated the sound of California surf music, but ranked among its very best practitioners. Featuring a reverb-heavy, extremely "wet" sound, the Atlantics attacked original material, standards, and movie themes with a nervy blend of precision and over-the-top intensity. As in Dick Dale's music, touches of Middle Eastern influences can be detected in the rhythms of melodies (some members of the group claimed Greek and Egyptian heritage). Their second single, "Bombora," went to the top of the Australian charts in 1963, and the follow-up, "The Crusher," was also a big hit. But Beatlemania spelled commercial death for the Atlantics, as it did for U.S. surf combos, in 1964 and 1965. After several albums and a few more equally fine instrumental singles, the Atlantics became a vocal group in the last half of the '60s, but are most renowned for their instrumental recordings. 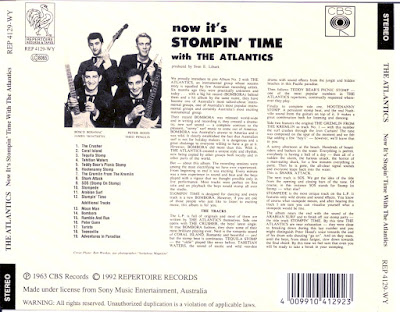