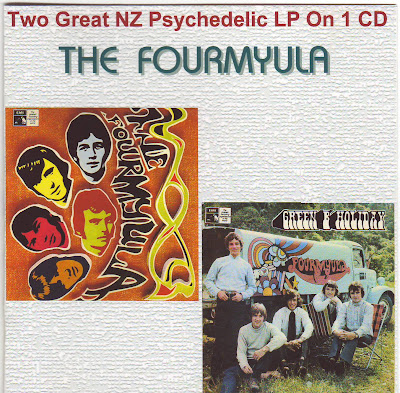 The success of Fourmyula marked a major turning point in the development of New Zealand rock: to an industry long dependent on cover versions of international hits, this Hutt Valley-based quintet offered proof positive that native talent could reach the national charts on the strength of their own original material. Fourmyula evolved in early 1967 from the ranks of the Insect, a fixture of area high school dances and other social gatherings; comprising vocalist/guitarist Martin Hope, keyboardist Wayne Mason, bassist Alistair Richardson, and drummer Chris Parry, their popularity soared after they took home top honors in a "National Battle of the Sounds" competition, although the consensus was that they needed a stronger lead vocalist. Toward that aim, singer Carl Evensen was recruited from Kal-Q-Lated Risk, with Hope now focusing solely on guitar duties. 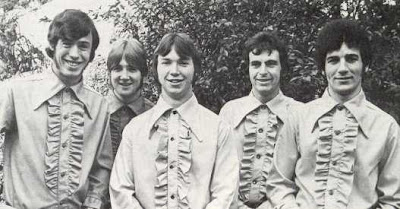 Line-Up:
Martin Hope (Lead Guitar / Vocals)
Wayne Mason (Rhythm Guitar / Organ / Vocals)
Ali Richardson (Bass Guitar / Vocals)
Chris Parry (Drums)
http://www.sergent.com.au/music/fourmyula.html
After buying an instructional book on songwriting, Mason and Richardson penned Fourmyula's first original composition, "Come with Me"; it was originally scheduled to appear as the B-side to their 1968 debut single, "Honey Child," a cover of a Martha & the Vandellas hit, but their label HMV took such a liking to the new song that "Come with Me" was instead promoted as the A-side. The single was a smash, reaching the number two spot on the Kiwi charts; overnight, Fourmyula became superstars, and Mason and Richardson quickly wrote a dozen new songs for release as their self-titled 1968 LP debut. Demand for the group was so high that HMV even issued two new singles, "Alice Is There" and "I Know Why," simultaneously; both rocketed into the Top Ten, and after quickly recording a sophomore album, Green B. Holiday, the band toured Britain, later recording the single "Lady Scorpio" at the famed Abbey Road studios.

Fourmyula spent four months overseas, catching live appearances from groups including Led Zeppelin, Deep Purple, and Spooky Tooth; acknowledging that their mod aesthetic was out of touch with emerging trends, they grew their hair out and adopted a heavier, louder sound which they intended to introduce upon returning home. New Zealand audiences were baffled by the new, heavy metal-influenced Fourmyula, however, and after just one disastrous gig, they returned to their trademark four-part harmonies and softly psychedelic pop. Their third LP, Creation, appeared in late 1969, followed by the chart-topping single "Nature"; Mason was now the group's sole songwriter, and as the band returned to Europe to tour, his material again adopted a heavier approach. To avoid conflict with a similarly named group, Fourmyula rechristened themselves Pipp; after scoring a minor hit with the 1970 single "Otaki," their fortunes dwindled, and by the following year, they were no more. Parry later founded Fiction Records.
http://www.realgroove.co.nz/News.aspx?id=321
http://www.odt.co.nz/entertainment/music/98344/nature-enters-again
http://nzmusic60s70s.smfforfree.com/index.php?topic=102.75 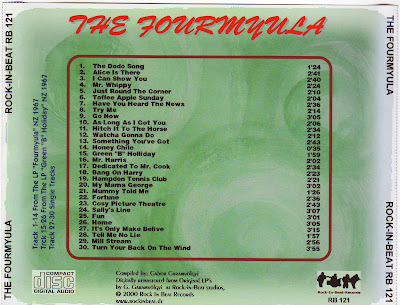