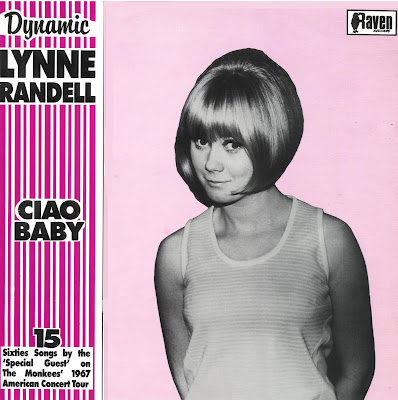 During the mid-'60s, singer Lynne Randell reigned as Australia's first teen pop star. Dubbed "Little Miss Mod" for her trendy fashions and hair, her brief stay in the limelight was derailed by a lifelong addiction to diet pills. Born in Liverpool in 1950, Randell was five years old when her family emigrated to Murrumbeena, Australia. By 14, she was apprenticing in a local styling salon, and was often called upon to sing while on the job. In time client Carol West, who managed a number of Melbourne-area bands (most notably the Spinning Wheels), hired Randell to sing at a party.

Radio personality Stan Rofe was sufficiently impressed to request a demo, and the resulting recording was enough to earn a contract with EMI. Randell issued her debut single, "I'll Come Running Over," in early 1965, soon after becoming a regular on the Australian television pop showcase The Go!! Show. The singles "A Love Like You" and "Be Sure" followed, and in early 1966 Randell signed to CBS Records to issue "That's What Love Is Made Of." During the singer's CBS tenure, her music adopted a Motown-inspired ebullience that would later make singles like "Going Out of My Head" and flip side "Take the Bitter with the Sweet" a favorite on Britiain's Northern soul club circuit. At home, 1967's "Ciao Baby" vaulted Randell to national superstardom, and she spent the summer on tour with the Monkees, sharing bills with the Jimi Hendrix Experience, the Who, and the Ike & Tina Turner Revue. However, the demands of life on the road played havoc with Randell's health, and prior to a television appearance, manager West criticized her weight. In response, she secured some diet pills from a friend, beginning a struggle with methamphetamine abuse that spanned decades. After scoring a minor Australian hit with "That's a Hoedown," Randell relocated to Los Angeles in 1969, issuing the Capitol single "I Love My Dog" before retiring from performing, marrying Atlantic Records executive Abe Hoch and writing for the Aussie music magazine Go-Set. With Hoch she moved to London in 1976, but her addiction spiraled further out of control and the marriage ultimately dissolved. In 1980, Randell returned to Melbourne, spending six years as the personal assistant for music journalist and TV presenter Molly Meldrum. During the mid-'80s, she also worked for a time under Sire Records head Seymour Stein. In 2004, Randell went public with her amphetamine addiction, but it was too late. The damage inflicted on her brain, nervous system, and adrenal glands was extensive, and she died May 8, 2007, at the age of 57. 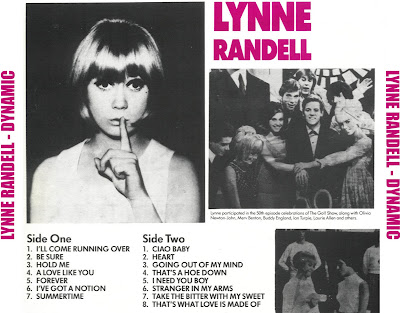