Jan And Dean - Carnival Of Sound 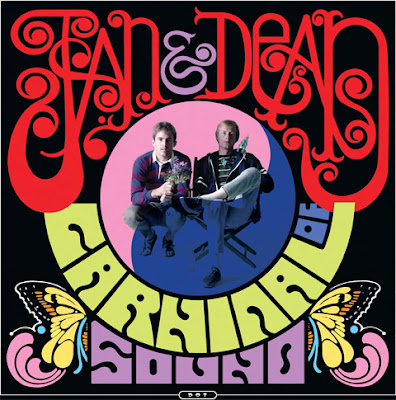 It's difficult to know how to assess this album. On the one hand, it's enjoyable listening, and it's an essential archival release -- if not as well-known as Brian Wilson's Smile, Carnival of Sound is just as tantalizing a "lost" artifact of the psychedelic '60s, buried these 40-plus years.

And those factors alone make owning it a no-brainer for fans of Jan & Dean, surf music, or psychedelic music (and it embraces both). But unlike SMiLE, which was well within Brian Wilson's grasp, at least when he started it, it's clear that Carnival of Sound was pushing the envelope of what Jan Berry was capable of doing in 1967-1968; listening to it is akin to watching someone run a marathon with a partly injured foot -- they might succeed and possibly even do it well, but there's also the dread of doing untold harm to themselves in the process. Some of the material here actually pre-dates Berry's April 12, 1966 car crash; in March of that year, he had recorded a small group of covers, including "Stay" and "Yakety Yak," for a planned new album that was to carry the duo's work into wholly new territory. Then came the car wreck, and months and years of recovery. What is here is mostly fun, and beautifully accomplished, with superb playing and excellent singing; and the production is, at times, stunning, and also far more self-consciously ambitious than prior Jan & Dean releases -- Jan & Dean had always managed to quietly impress listeners by slipping these beautifully produced jewels past them as pop music, but on Carnival of Sound, they were very obviously calling more attention to the layers of sound swirling and shifting below the surface of material such as "Girl, You're Blowing My Mind," "Fan Tan," "Hawaii," and even "Tijuana" (a marijuana-laced re-casting of "Little Old Lady from Pasadena"). Listening is a little more work than on their earlier records, but the effort is worth it -- the sitars work for them, and the Laurel & Hardy vignette is goofy fun; but whether the public would have accepted an album that juxtaposed those numbers with the anti-Vietnam War ode "Only a Boy" is questionable. And how well it all holds together is still not clear -- it seems incomplete, as though there are dots that still needed to be connected, for the makers as well as the listener. The CD comes appended with stereo mixes, plus surviving demos, which add to the level of goofiness in the overall picture of the production. And there are liner notes that put to shame almost any archival pop/rock release seen to date, in both their detail and underlying sense of wonder about the music. 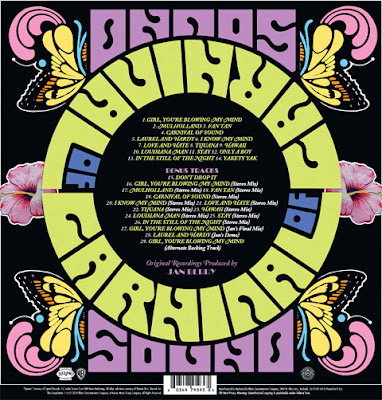