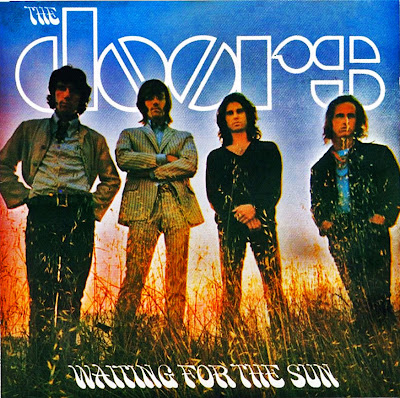 The Doors, one of the most influential and controversial rock bands of the 1960s, were formed in Los Angeles in 1965 by UCLA film students Ray Manzarek, keyboards, and Jim Morrison, vocals; with drummer John Densmore and guitarist Robby Krieger. The group never added a bass player, and their sound was dominated by Manzarek's electric organ work and Morrison's deep, sonorous voice, with which he sang and intoned his highly poetic lyrics. The group signed to Elektra Records in 1966 and released its first album, The Doors, featuring the hit "Light My Fire," in 1967.

Like "Light My Fire," the debut album was a massive hit, and endures as one of the most exciting, groundbreaking recordings of the psychedelic era. Blending blues, classical, Eastern music, and pop into sinister but beguiling melodies, the band sounded like no other. With his rich, chilling vocals and somber poetic visions, Morrison explored the depths of the darkest and most thrilling aspects of the psychedelic experience. Their first effort was so stellar, in fact, that the Doors were hard-pressed to match it, and although their next few albums contained a wealth of first-rate material, the group also began running up against the limitations of their recklessly disturbing visions. By their third album, they had exhausted their initial reservoir of compositions, and some of the tracks they hurriedly devised to meet public demand were clearly inferior to, and imitative of, their best early work.
On The Soft Parade, the group experimented with brass sections, with mixed results. Accused (without much merit) by much of the rock underground as pop sellouts, the group charged back hard with the final two albums they recorded with Morrison, on which they drew upon stone-cold blues for much of their inspiration, especially on 1971's L.A. Woman.
From the start, the Doors' focus was the charismatic Morrison, who proved increasingly unstable over the group's brief career. In 1969, Morrison was arrested for indecent exposure during a concert in Miami, an incident that nearly derailed the band. Nevertheless, the Doors managed to turn out a series of successful albums and singles through 1971, when, upon the completion of L.A. Woman, Morrison decamped for Paris. He died there, apparently of a drug overdose. The three surviving Doors tried to carry on without him, but ultimately disbanded. Yet the Doors' music and Morrison's legend continued to fascinate succeeding generations of rock fans: In the mid-'80s, Morrison was as big a star as he'd been in the mid-'60s, and Elektra has sold numerous quantities of the Doors' original albums plus reissues and releases of live material over the years, while publishers have flooded bookstores with Doors and Morrison biographies. In 1991, director Oliver Stone made The Doors, a feature film about the group starring Val Kilmer as Morrison. 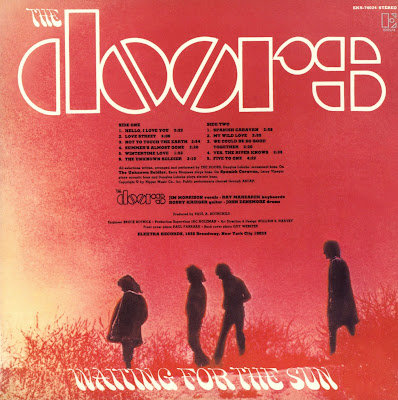 The Doors' 1967 albums had raised expectations so high that their third effort was greeted as a major disappointment. With a few exceptions, the material was much mellower, and while this yielded some fine melodic ballad rock in "Love Street," "Wintertime Love," "Summer's Almost Gone," and "Yes, the River Knows," there was no denying that the songwriting was not as impressive as it had been on the first two records. On the other hand, there were first-rate tunes such as the spooky "The Unknown Soldier," with antiwar lyrics as uncompromisingly forceful as anything the band did, and the compulsively riff-driven "Hello, I Love You," which nonetheless bore an uncomfortably close resemblance to the Kinks' "All Day and All of the Night." The flamenco guitar of "Spanish Caravan," the all-out weirdness of "Not to Touch the Earth" (which was a snippet of a legendary abandoned opus, "The Celebration of the Lizard"), and the menacing closer "Five to One" were also interesting. In fact, time's been fairly kind to the record, which is quite enjoyable and diverse, just not as powerful a full-length statement as the group's best albums.
Posted by : D&J at Saturday, May 21, 2011