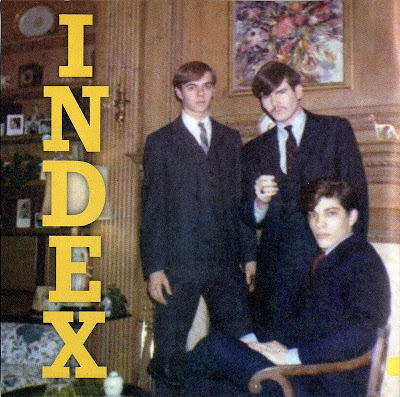 Formed at the University of Detroit in 1967, Index cut one of the most excruciatingly rare psychedelic albums of all time, pressed in an edition of a mere 100 copies. No, it's not worth the $3,000 it lists for in Goldmine's price guide, but it's certainly a nifty, even one-of-a-kind curiosity (and fortunately, it was reissued in the '80s). 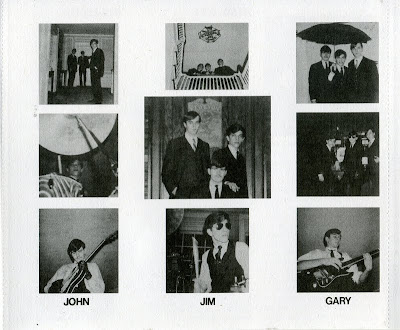 A power trio with more or less equal links to the garage and psychedelic eras, Index enhanced their astral aspirations with an unholy amount of reverb drone. One reviewer likened their debut LP, pretty accurately, to sounding as if it had been recorded in a freight elevator. For a psychedelic act, Index's sound was uncommonly morose and minimalistic. They were prone to eerie, repetitious ragas, the reverb giving them a surfing-on-the-moon feel. Their originals were based around modal melodies and mournful, almost Nico-like vocals (although they were entirely male), and they wreaked slow-torture havoc with their drawn-out ragazations of "Eight Miles High," "John Riley," and "You Keep Me Hangin' On." Weirdest of all were their instrumentals, where melody took a distant second to cascading walls of reverb, wah-wah, and shrieking feedback that verged on the avant-garde.
Their 1968 debut was heard by very, very few people, and their follow-up (also 1968) was possibly heard by even fewer. There was a slight upgrade in production values (it was recorded in stereo, whereas the first had been done in mono), but with no attempt to increase distribution; again, 100 copies were pressed, at most. Similar to the debut, but more song-oriented and not as swathed in reverb, it was also odd in that it reprised some of the songs from the debut in very similar versions, and had a couple of covers of tunes from the Bee Gees' first album. The Bee Gees connection isn't as odd as it seems; some of the best early Bee Gees songs were their mournful ballads, and that mournful quality characterized much of the Index's original material as well.
Most of the copies of the Index LPs were given away to friends, and the group vanished after the '60s. It wasn't until the garage/psychedelic revival of the '80s that Index became known and respected in collector circles, especially after the first album was reissued by Voxx in 1984. Nothing has been heard from the bandmembers since 1969, although their manager (who couldn't believe that anyone was interested in the group after all these years) was located by Goldmine; undoubtedly, they'll have an interesting story to tell if they ever get tracked down. 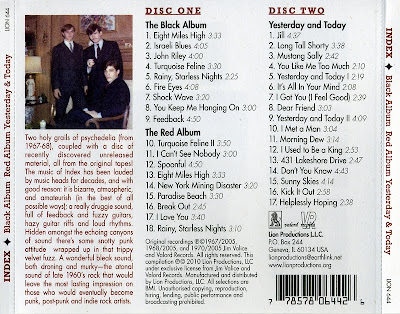