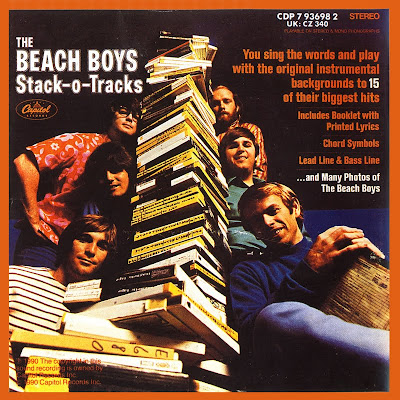 One of the oddest albums released by a major rock group in the '60s, Stack-o-Tracks consisted of instrumental backing tracks to 15 of the Beach Boys' more famous songs, stripped of their vocals to encourage karaoke-like singalongs. It's an indication of how low the Beach Boys' commercial stock had fallen at Capitol that the label was desperate enough to put out the kind of release that usually only surfaces via bootleg. It's thus of interest mostly to collectors and Beach Boys scholars who want to dig a little deeper into the instrumental tracks than they can otherwise (although on some of the tunes, you can hear some faint remnants of the vocal lines bleeding in). A 1990 Capitol CD combines this and Beach Boys' Party! onto one disc, adding three previously unreleased backing tracks (of "Help Me, Rhonda," "California Girls," and "Our Car Club") to the Stack-o-Tracks half of the program.
Beginning their career as the most popular surf band in the nation, the Beach Boys finally emerged by 1966 as America's preeminent pop group, the only act able to challenge (for a brief time) the overarching success of the Beatles with both mainstream listeners and the critical community. From their 1961 debut with the regional hit "Surfin," the three Wilson brothers -- Brian, Dennis, and Carl -- plus cousin Mike Love and friend Al Jardine constructed the most intricate, gorgeous harmonies ever heard from a pop band. With Brian's studio proficiency growing by leaps and bounds during the mid-'60s, the Beach Boys also proved one of the best-produced groups of the '60s, exemplified by their 1966 peak with the Pet Sounds LP and the number one single "Good Vibrations." Though Brian's escalating drug use and obsessive desire to trump the Beatles (by recording the perfect LP statement) eventually led to a nervous breakdown after he heard Sgt. Pepper's Lonely Hearts Club Band, the group soldiered on long into the 1970s and '80s, with Brian only an inconsistent participant. The band's post-1966 material is often maligned (if it's recognized at all), but the truth is the Beach Boys continued to make great music well into the '70s. Displayed best on 1970's Sunflower, each member revealed individual talents never fully developed during the mid-'60s -- Carl became a solid, distinctive producer and Brian's replacement as nominal bandleader, Mike continued to provide a visual focus as the frontman for live shows, and Dennis developed his own notable songwriting talents. Though legal wranglings and marginal oldies tours during the '90s often obscured what made the Beach Boys great, the band's unerring ability to surf the waves of commercial success and artistic development during the '60s made them America's first, best rock band.
MORE Biography
by John Bush 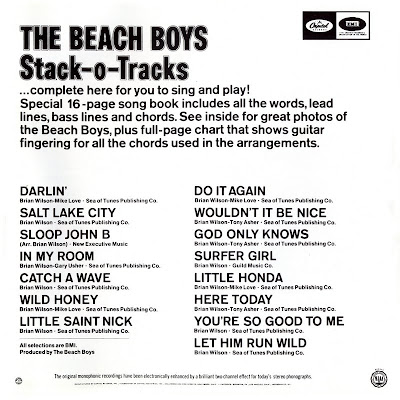