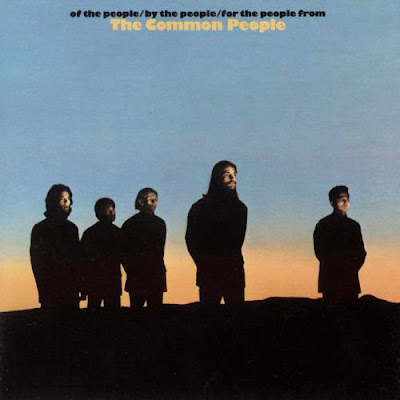 The Common People issued a little-known album in 1969 on Capitol that tread toward the slightly dark side of psychedelia. It deserves its obscurity, as despite some attempts to vary the arrangements with strings, horns, and period late-'60s electric keyboard sounds, it's dull and melodically unimaginative, seldom getting out of a gray mood.
Members:
Denny Robinett - Vocal, guitar
Jerrald Robinett - Drums
John Bartley III - Guitar
Michael McCarthy - Bass
William Fausto - Piano, organ 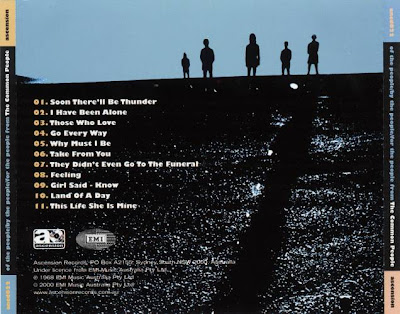 The Common People's only album is melancholy psychedelia, quirky but in a pretty forgettable way. The mood's set by the opening "Soon There'll Be Thunder," where an appealing two-chord melancholy melody is set to raindrop-falling haunting electric keyboard and sweeping, gloomy strings. It's a groove that's mined too often by the subsequent tracks, which are passably pleasing moody pop-psychedelia in limited doses, but too similar to each other when grouped so closely. The constant rain-cloud-hovering-over-a-hung-head ethos begins to turn sour rather than soothing after a few songs, even though the string arrangements used on just a few cuts have a nicely shivering, weepy quality. "They Didn't Even Go to the Funeral" is a most unfortunate departure into mock vaudeville humor, and while a couple other songs get dressed up with some peppy horns, it's hard to tell whether the embarrassing grunts in "This Life She Is Mine" are an attempt at funky soul or simulations of the moment of orgasm. The pace does get broken up by the hard but monotonous fuzz-guitar piano rock of "Go Every Way," as well as some more folk-rockish and melodically limited sullen stuff.
Posted by : D&J at Saturday, July 09, 2011