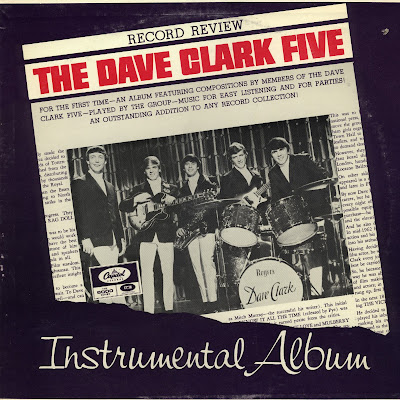 Issued in Canada only in mid-1966, this LP is a real oddity in the Dave Clark Five discography, indeed consisting entirely of instrumentals as the title promises. As DC5 fans know, unlike just about every other notable British Invasion band, the group often relied on instrumental filler cuts to help pad out their LPs, and 12 of them are gathered on this release. As every one of them also appears on one of the band's 1964-1966 American long-players, it's of interest only for completist collectors attracted by the rarity and artwork of the physical artifact, especially as the music is neither too good nor typical of what the Dave Clark Five were known for. Indeed, side one in particular has some surprisingly vapid easy listening numbers (sometimes with a Duane Eddy-like twanging guitar), though side two moves into more rocking if undistinguished territory, occasionally with spy movie-like motifs. It should also be noted that the LP somehow failed to include what were far and away the band's three best instrumentals: the menacing "Tequila" update "Chaquita," the weird and vicious "Five by Five," and the early-1966 B-side rave-up "All Night Long." 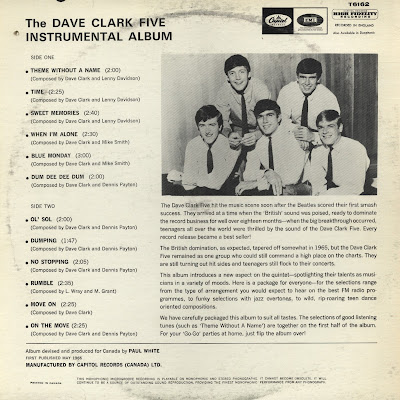