The Outsiders - Strange Things Are Happening (The Complete Singles 1965-1969) 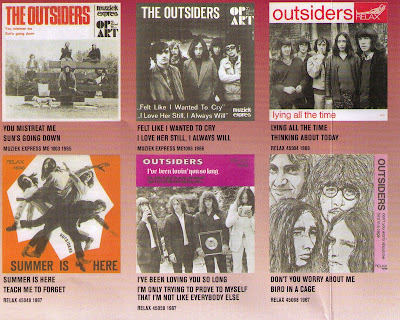 Not to be confused with the Cleveland pop/rock group that had a Top Ten hit in 1966 with "Time Won't Let Me," these Outsiders (from Amsterdam, Holland) could issue a serious claim for consideration as the finest rock band of the '60s to hail from a non-English-speaking nation. Led by singer/songwriter Wally Tax, the group was quite comparable to England's Pretty Things in their fine raw, punky R&B/pop with basic but riveting hooks. Like the Pretty Things, the Outsiders (who sang entirely in English) made similar psychedelic/progressive ventures in the late '60s that cut loose from their R&B roots without losing sight of them entirely. Recording several albums of material (consisting wholly of original compositions) between 1965 and 1969, the group tempered their punky, almost proto-hardcore ravers with melancholy, pensive folk-rockers and unpredictable production touches ranging from Baroque mandolins and harpsichords to found radio static. The Outsiders' music was fraught with tension, the punkish rhythms playing against the melodic tunes, the R&B sensibilities against the pop hooks, often within the same song. They were unknown on an international level to all but the most fervent '60s collectors. Wally Tax moved to the U.S. in the early '70s, where he recorded one album as the leader of the band Tax Free. 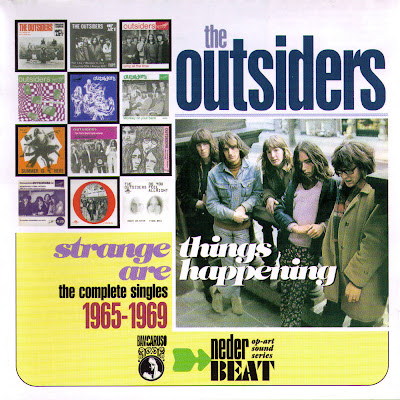 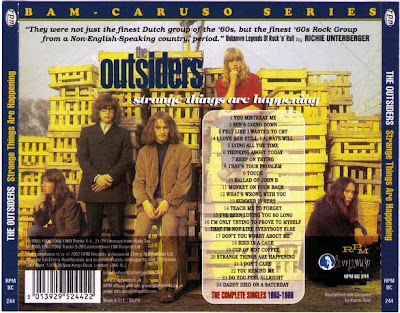 Prior to the 2002 release of this compilation, everything done by the Outsiders was well-represented on CD except for the bulk of their singles. That was a shame, as their dozen 1965-1969 singles contained much of their best work. That gap is entirely rectified by this exemplary compilation, which includes both sides of all dozen of their 1965-1969 singles. Although some of these had appeared as bonus tracks on CD reissues of the albums The Outsiders, C.Q., and C.Q. Sessions, a bunch of these hadn't, including some of their very best songs. Among those songs would be the wistful continental folk-rock of "Summer Is Here"; "Monkey on Your Back," one of their most lyrically challenging pieces; the gentle folk-rock of "I've Been Loving You So Long," "Teach Me to Forget," and "Don't You Worry About Me"; and the downright berserk experimental punk of "I'm Only Trying to Prove to Myself That I'm Not Like Everybody Else." There's much more here to bolster their claim to the title of best '60s rock group to hail from a non-English-speaking territory, like the Pretty Things-style rave-up "You Mistreat Me"; the sexy pounder "Touch"; the Eastern European-influenced minor-keyed punk-folk-rock of "Sun's Going Down"; and the gloomy psych-punk of their final 45, "Do You Feel Allright"/"Daddy Died on Saturday." While the 1968 single "Cup of Hot Coffee" might be their poppiest and weakest effort, it's long been their hardest track to acquire, and its availability on CD is welcome. Die-hard collectors might want to note that the take of "Touch" here is the original single version, not the other take included on previous Outsiders compilations, while the mixes of "I Don't Care" and "You Remind Me" are the single versions, not the ones heard as bonus tracks to the C.Q. CD reissue. The extensive liner notes include many insightful quotes from Outsiders singer Wally Tax.
Posted by : D&J at Sunday, January 22, 2012