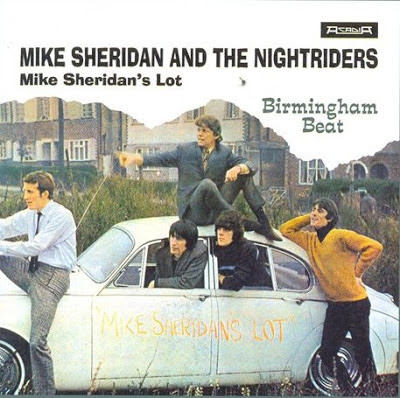 This group was very well-known as one of the top local bands during the early 1960s. They are significant in rock music history as the line-up was to include two of the most famous Birmingham musicians of the 1960's and 70's, namely Roy Wood and Jeff Lynne.

Mike Tyler started his music career at a young age by singing and playing piano at a pub in Kings Heath. After entering and winning a local talent contest, he was asked to join 'Billy King and the Nightriders' which he did after changing his stage name to 'Sheridan'. The group attracted a large local following and after various personnel changes, Mike Sheridan became the lead singer and frontman. The Nightriders also included lead guitarist Alan 'Big Al' Johnson who was manager of Burton's tailors on Corporation Street and guitarist Dave Pritchard - formerly from a group called 'The Planets'. Roger Spencer who was from Castle Bromwich, had previously played drums in a band called 'The Hound Dogs'. Bass guitarist at the time was Brian Cope. Mike Sheridan and The Nightriders soon established a reputation around Birmingham as one of the most accomplished bands on the scene at that time. ~ http://www.brumbeat.net/ntrdrs.htm 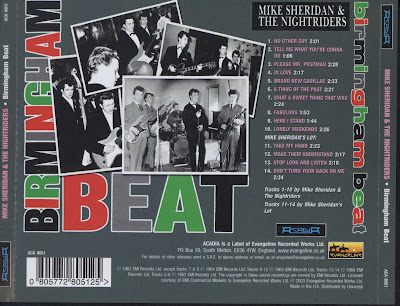